Why we should avoid Fortune Tellers and Astrologists???

Before we get into the topic, I would like to share a story that I heard from my father. Many years ago there lived a King along with his Queen and the Prince. One day, the Prince heard about a famous astrologist and went to meet him. Prince always wanted to stay single and to serve the people. This astrologist told the Prince that he should get married within a year. Prince immediately thought that the astrologist is bluffing and left the place. To his surprise, he fell in love within few months and got married within a year. 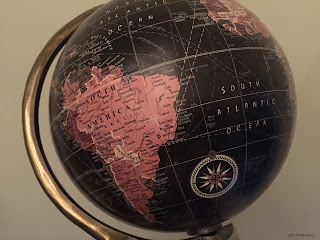 In few years, the kingdom was under threat due to an invasion from one of the strongest empires. Prince again went to the astrologist. The astrologist told him that he should win the battle in 6 weeks time. Again, the prediction by the astrologist becomes real.

Prince was really happy and even appointed the astrologist as Astrology Minister in his court. The kingdom was in peace. One day, the Prince asked about his father; the astrologist told him that his father should die exactly in 25 days. Since the King was sound and healthy, both the King and Prince got angry with the astrologist and sent him to the jail. Nation's best doctors were appointed to monitor King's health. On the 25th day, the King died by heart attack!!!

What do you think of the astrology? What would have Price done to the astrologist?? Since his predictions were correct, what would you do??? Well, the Prince removed the astrologist from the court and never visited an astrologist for the rest of his life! Why??? It's simple; do you agree that the Astrology or the Fortune Prediction can either be true or false. If it is true, we cannot change it!! If it is false, what is the use in believing that?? So in either of cases it seems to be just waste of time. When we start believe in these predictions, we get into emotional battles and confusion. What do you think?

July 01, 2011
I'm in a bus and on my way to Delaware. There are different kind of people who travel along with me. I can see happiness in some faces, tiredness in few faces and some don't have any kind of expression looks like they are in balanced state. My neighbor is in deep sleep. I started starring outside. Everywhere it's green and green:) my heart starts saying HELLO to the trees which passes by. There is a tree in the middle, it's the tallest among all the trees. But but... It is dying.. All the leaves are faded.. Yes, it's in her last days. My heart stopped there and started talking to this tree. This tree lives here for few centuries. My heart tries to read her thoughts. It seems to be in a very balanced state. My heart starts asking several questions. Anton : Hey you looks so amazing. You are the tallest one among your friends! Tree : Ha ha ha! Anton : Excuse me! Why are you laughing? Tree. : I know the truth. I only have few hours or few days! Anton :
6 comments
Read more
Follow @Anton_Thavo