Are you a Leader? 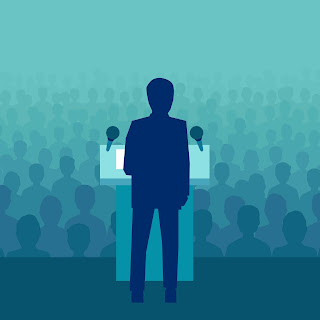 I was recently asked to talk about this at a conference. I am sure we all hear about the term leadership since our elementary.

How many of you believe you were/are a leader? When I asked this, pretty much half of the audience raised their hands. -- We will get back to this in a little while.

Now, I asked the audience if they know a leader from 21st Century, boom got several answers within a second. I continued and asked them to tell me a leader from 20th, then 19th, and so on. When I moved to the 18th century, the audience took more time to respond as they couldn't able to remember those leaders within two seconds. Amazing, that over time, we don't talk about the past leaders. Why? Hold this thought -- We will get back to this in a little while.

Money based Leaders: CEO of the Trillion dollar Apple Inc. (as of Nov 2019)? -- These leaders come under the category of managing rich holdings in terms of money

Power-based Leaders: President of the United States or any country? These are potent leaders for a while during their term.

Influence based Leaders: How about Nelson Mandela, Mother Theressa? They influenced a whole lot of people and created their followers.

Now, I asked the audience, what if God gives them an option to become a popular leader (either CEO of a Trillion dollar company or President of the US or the next Nelson Mandela). But the catch is that it will only last for 5 minutes, then God will take their life and donate all their body parts. I asked the audience how many of you would say YES to God and become a popular leader and get registered in history? What do you guess? Nobody raised their hand! Why? Everyone believes that their life is more valuable than a Trillion dollars or being the Presiden of the US or being a famous influencer!

Now, let's go back to my initial question? Are you a leader? If we and our body are worth more than a trillion dollars, aren't we managing something much more massive possession (ourselves) daily? Yes, we do, in that perspective we all are leaders. But not everyone gets registered in history, does it matter? (We forget history over time and occupied with current affairs; remember my question about the leaders from different centuries). Now, I asked the audience again, how many of them believe that they are leaders. Everyone raised their hands! Yes, we all are leaders!

Since our childhood, our society is misguiding us by relating leadership to the money. If you are pursuing to be a leader that is going to get registered in history--let me stop here! I started this sentence to tell the budding leaders to try to be on a positive side (being good leaders), but is that even possible? What would happen if the world is full of positive and good leaders? Do you know a single person without any negative quality? A lot to think